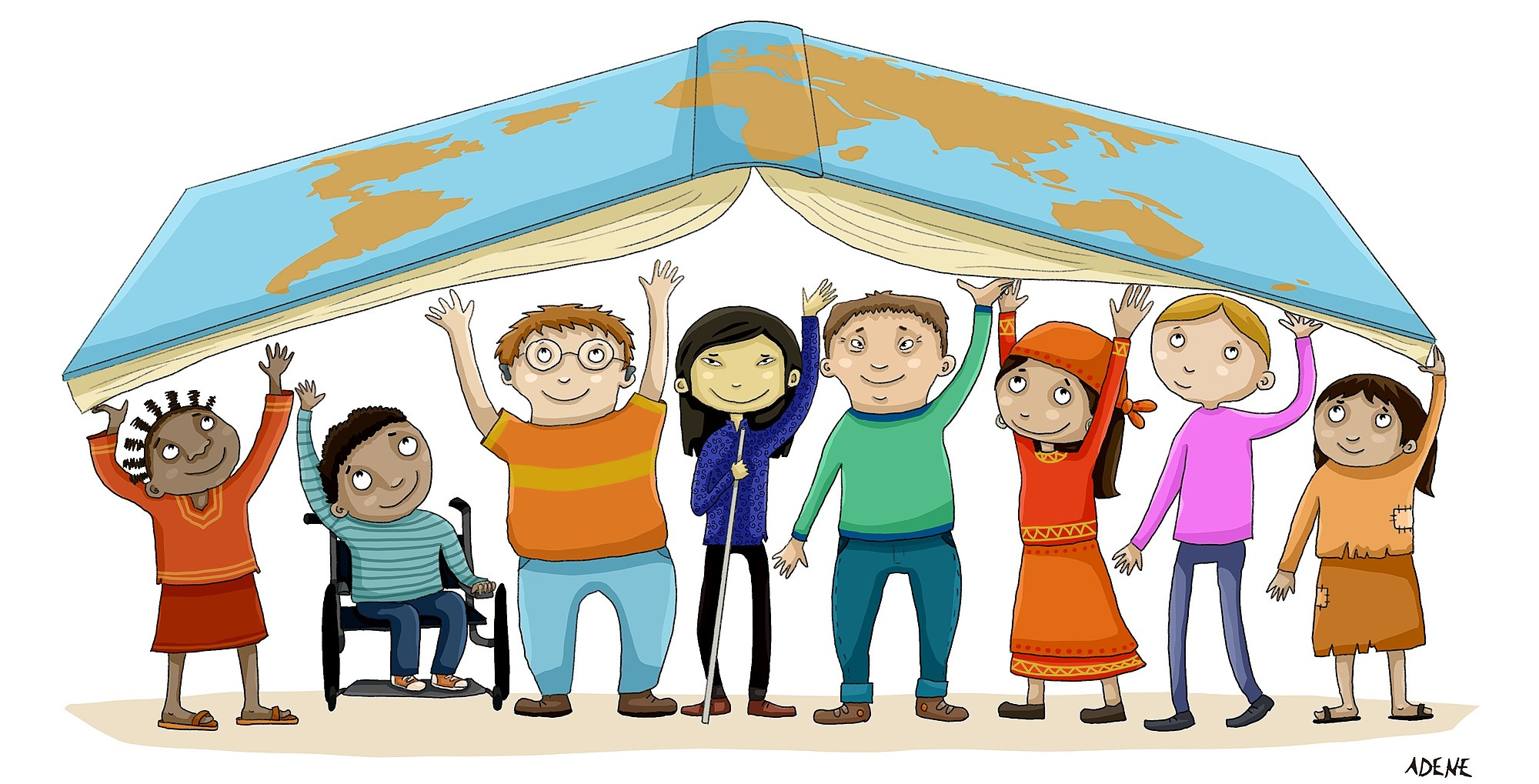 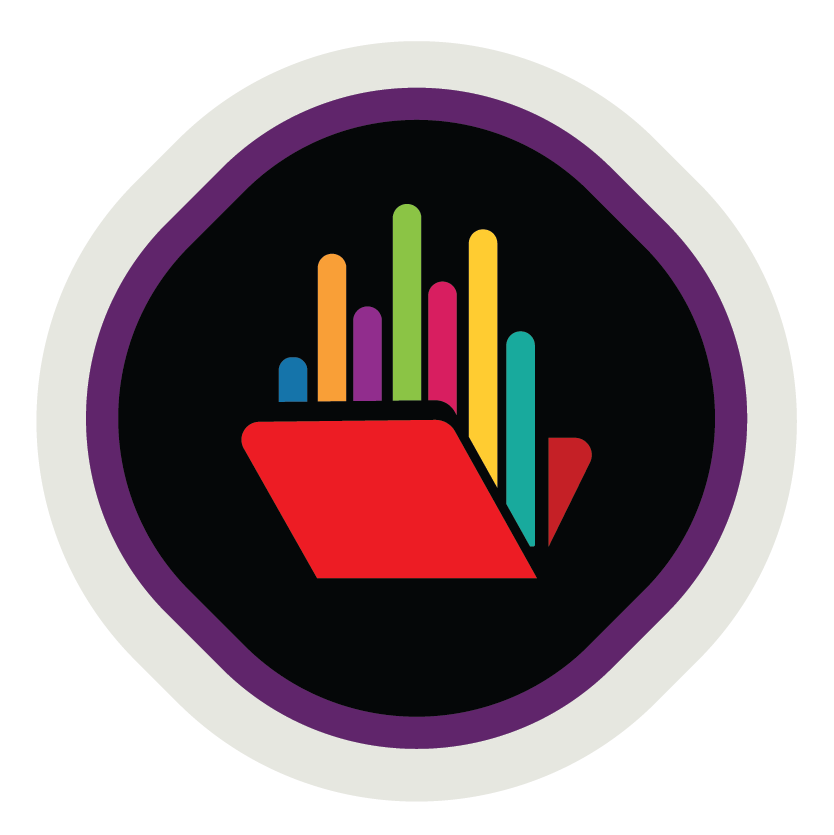 Launch of the 2020 GEM Report - Inclusion in education: All means all

On 23 June the GEM Report will launch its 2020 Report calling for countries to concentrate on those being left behind and move towards inclusion in education – a particularly poignant message for those now rebuilding their school systems after the arrival of Covid-19.

Over the course of an hour you will hear from inclusion champions, ministers, teachers and celebrities from different corners of the world whose stories and efforts go to the very heart of the theme of the 2020 GEM Report. This Report calls on all education actors to widen their understanding of inclusive education to include all learners, no matter their identity, background or ability; to believe that every person is unique, has potential and should be respected; to put diversity at the core of education systems, rather than seeing it as a problem.

Join us: Register for the event by clicking the button to the right.

Confirmed Speakers (in order of appearance):

This event will be offered in English, French, Spanish, and American Sign Language, with live text captions.

For support: Please email support@techchange.org. If you are having trouble registering, try switching your browser to Chrome or Firefox! 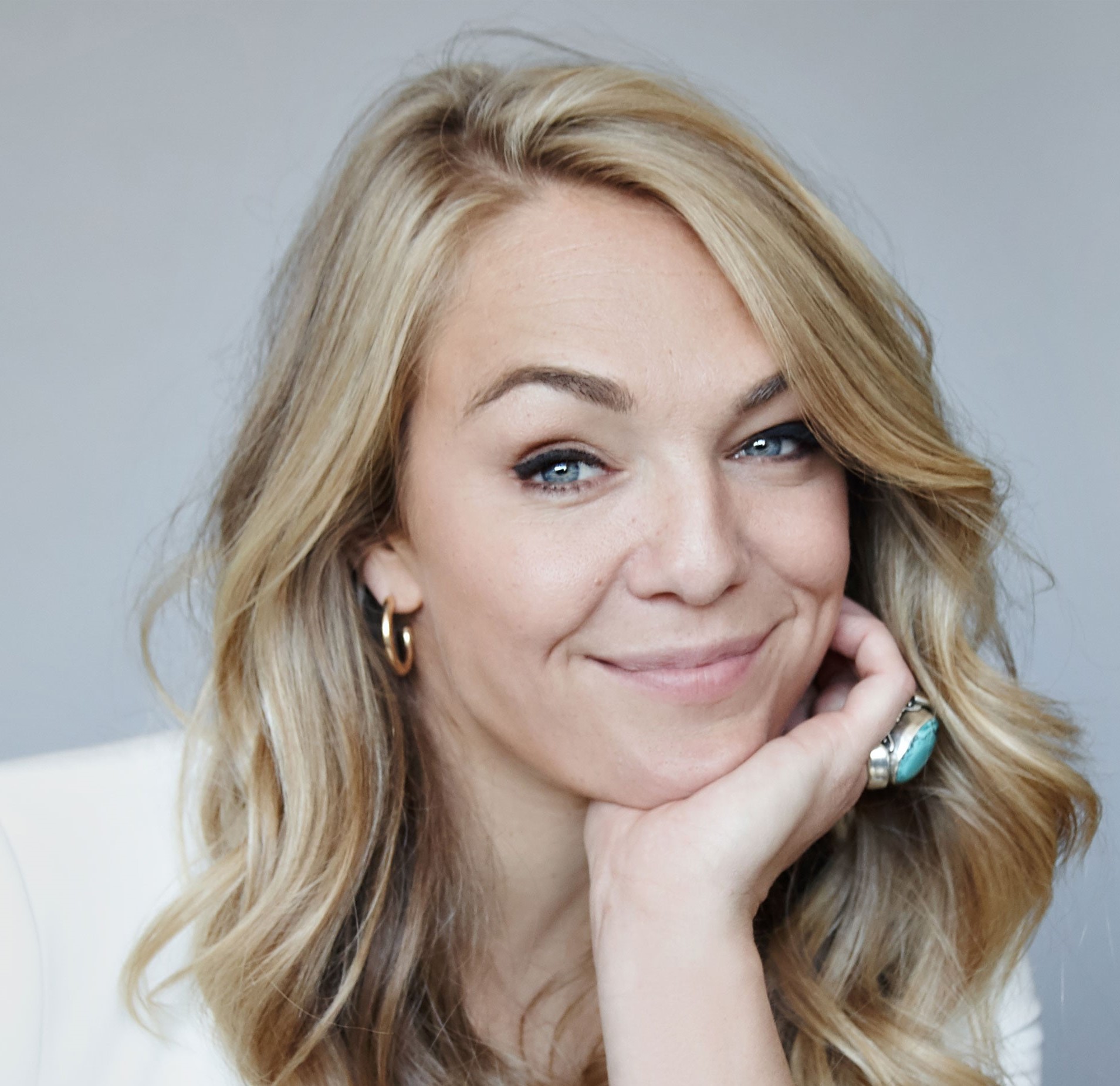 A serial entrepreneur & TV Presenter, Sophie uses her position of influence to create the change that she wants to see in the world. Indomitable and unique, Sophie is an award-winning campaigner who embodies her values; finding creative opportunity in diversity and adversity, and daring to be different, she proves the value and power of true disability representation in all areas of her work and life.

Sophie was paralysed in a car crash when she was 18 years old. Determined to channel her adversity into opportunity, she sees her challenges as a unique chance for creativity and has become the ultimate agent for change.

She is now one of the only Television presenters with a disability in the world. She fronts the Live Coverage of all Paralympic sport for UK broadcasters and makes award wining current affairs documentaries, travel programs and consumer affairs series. Sophie has recently been appointed as a board member for Ofcom, the UK government- approved regulatory broadcast authority.

She established Sophie Morgan Creative Ltd and is leading the charge to better representation for disabled people in retail. She designed the Mannequal and is changing the game for fashion retailers.

Brand ambassador for the world’s first robotic exoskeleton, Sophie became the face of the company that inspired a generation of innovators to think outside the box and reinvent the wheel, literally. She is currently a judge for Toyota’s mobility prize. And is also a proud patron of Scope & Back Up and ambassador of Human Rights Watch, Lumos & Leonard Cheshire. She is brand ambassador for Batec Mobility & Aria Wheelchairs.

She is also a passionate adventurer and is currently planning an around the world challenge on a motorbike and sidecar!

Sophie doesn’t just talk – she enables and creates change. In everything she does, from hosting Global Disability Summits to working along side global mega brands such as Air BnB or GoPro to open their minds to the ‘disability opportunity’ to traveling the world to document abuses in human rights, she lives, breathes and creates the change she wants to see in the world. 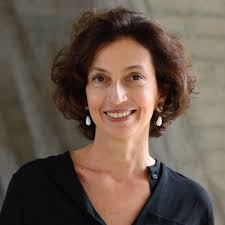 A graduate of France’s Ecole Nationale d’Administration and of the Paris Institut d’Etudes Politiques, she holds a diploma in Business Administration from the University of Lancaster (UK).

Having worked in the sector of culture since the start of her professional career, Audrey Azoulay has notably focused on the funding of French public broadcasting and on the reform and modernization of France’s film support system. She has also served the European Commission providing her expertise on issues concerning culture and communication. 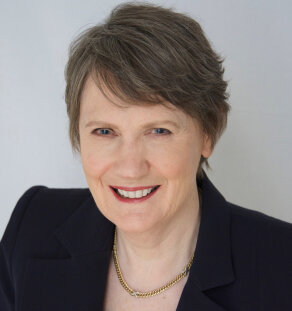 Helen Clark is a respected global leader on sustainable development, gender equality and international co-operation. She served three successive terms as Prime Minister of New Zealand between 1999 and 2008. While in government, she led policy debate on a wide range of economic, social, environmental and cultural issues, including sustainability and climate change.

In 2019 Helen Clark became patron of The Helen Clark Foundation. She is an active member of many global organisations. 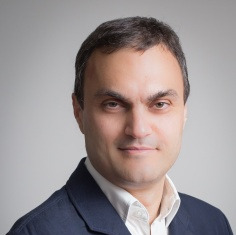 Manos joined the Report team in August 2011 from Oxford Policy Management, a development policy consultancy. He has worked as a monitoring and evaluation expert in education sector projects including: a public expenditure tracking and service delivery survey of secondary education provision in Bangladesh; the evaluation of a basic education project in the western provinces of China; the mid-term evaluation of the Education For All Fast Track Initiative; the annual reporting of progress in the implementation of the Second Primary Education Development Project in Bangladesh; a basic education capacity building programme in six states in Nigeria; the evaluation of an in-service, cluster-based teacher training programme in Pakistan; and the country study of the Out of School Children Global Initiative in Indonesia. He holds a BA in International Economics from the Athens University of Economics and Business and an MSc in Development Economics from the University of Oxford. His DPhil was a study of technical education and the labour market in Egypt, completed at the Centre for the Study of African Economies of the University of Oxford. 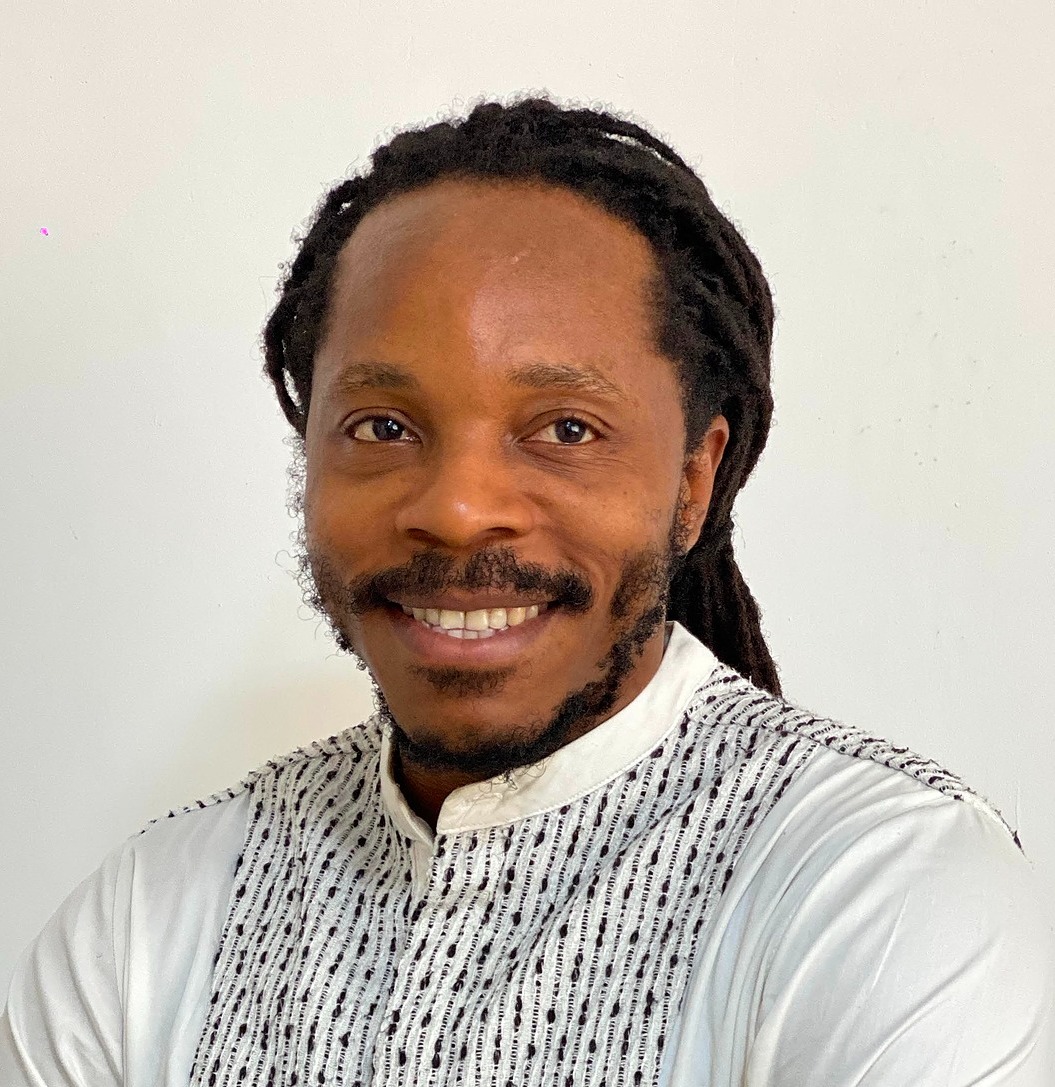 Minister of Basic and Senior Secondary Education, Chief Innovation Officer for the Directorate of Science, Technology and Innovation, Sierra Leone

As a scientist, he uses science, technology, and innovation to support the government's national development plan, and facilitate a vibrant national innovation and entrepreneurial ecosystem.

At the time of his appointment by President Julius Maada Bio in May 2018, David was a Manager at IBM Research Africa, leading a healthcare team that designs and implements AI-enabled systems for the prevention, diagnosis, treatment and management of disease in South Africa.

Born and raised in Sierra Leone, he completed his Ph.D. at the Massachusetts Institute of Technology, where he developed award-winning inventions and technology for human augmentation. Dr. Sengeh received his bachelor’s degree at Harvard University in Engineering Sciences in 2010, where his research focused on aerosolized vaccines for tuberculosis. David is on Forbes 30 Under 30 in Technology (2013), a Senior TED Fellow, a National Geographic Emerging Explorer, on the Wired Smart List 2013, winner of the Lemelson-MIT National Collegiate Student Prize, an Obama Foundation Leaders: Africa Fellow and most recently, a WEF Young Global Leader.  He is credited for seeding the development of the innovation ecosystem in Sierra Leone through Global Minimum and the Innovate Salone program, which he co-founded in 2007 and which has supported the innovation journeys of thousands of Sierra Leoneans.

He has published several academic articles and patents. David has been invited to give talks at the United Nations and various corporate and academic organizations on topics related to education, youth innovation, prosthetics design and more. He is an afrobeats rapper, designs clothing and regularly plays football. 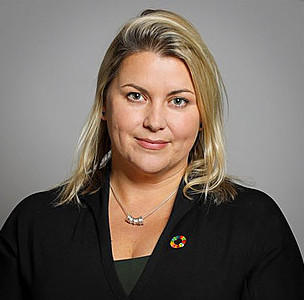 Baroness Sugg CBE was appointed as Parliamentary Under Secretary of State in the Foreign and Commonwealth Office and the Department for International Development on 13 February 2020. On 5 March 2020 the Prime Minister also appointed her as the Special Envoy for Girls’ Education.

She was previously Parliamentary Under Secretary of State at the Department for International Development from 23 April 2019 to 13 February 2020, Government Whip (Baroness in Waiting) from 15 June 2017 to 26 July 2019 and Parliamentary Under Secretary of State for Transport from October 2017 to April 2019. Baroness Sugg became a Conservative life peer on 30 August 2016. 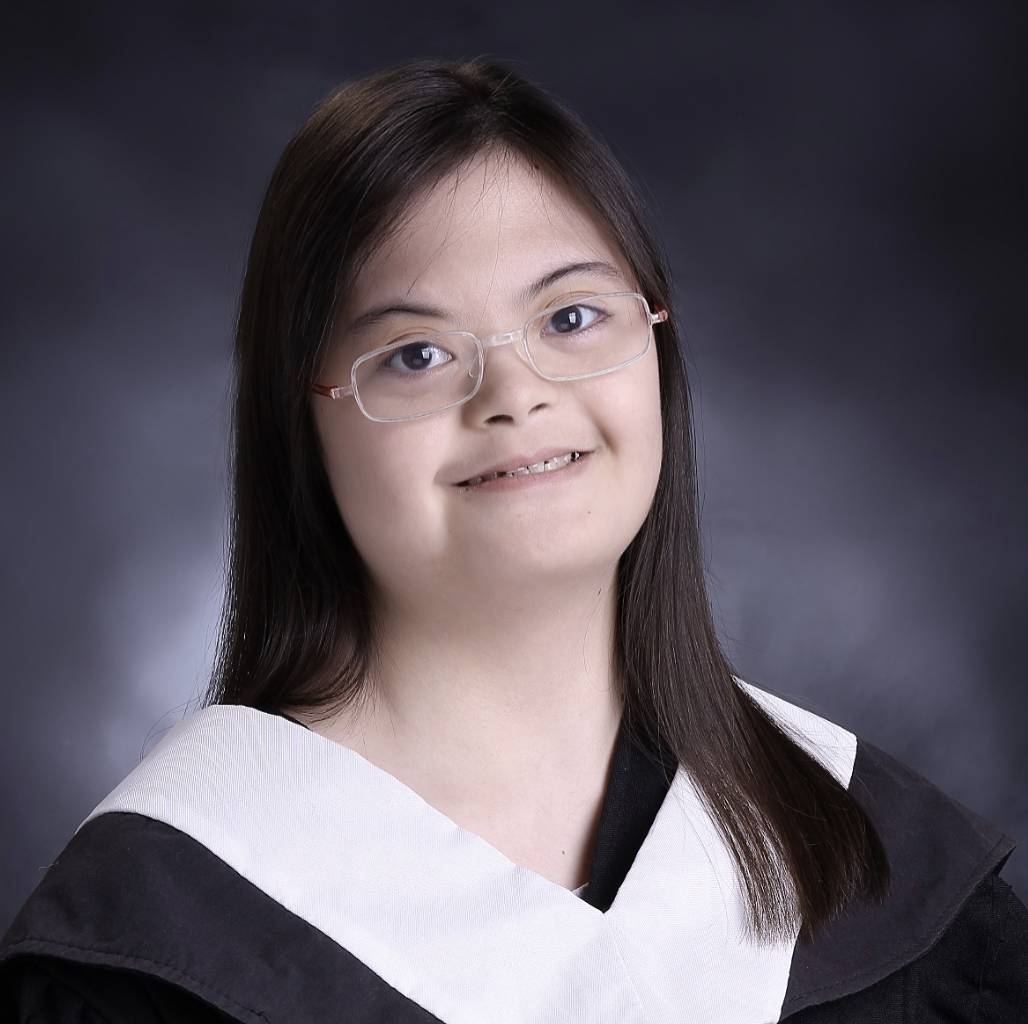 23 year old Brina Kei Maxino, a Down Syndrome activist and a Special Olympics Global Youth Ambassador and International Global Messenger was named as one of ten global champions for inclusion in the lead up to the launch of the 2020 Global Education Monitoring Report on inclusion and education.  The only recipient from the Asia-Pacific region, Brina was recognised alongside teachers, education policy makers and community leaders from around the globe. Awarded for her determination and spirit to succeed despite the odds, Brina was recognised for her tireless efforts to champion inclusion in education and ensure that classrooms welcome all learners including the most marginalized. Brina studied in regular schools, graduated High School as the Class Valedictorian, and earned three degrees in college. Despite her challenges as a person with intellectual disability, she was able to prove that with perseverance, determination, hard work, belief in herself, and the love and support of her family, she can achieve her dreams and inspire others to do so. 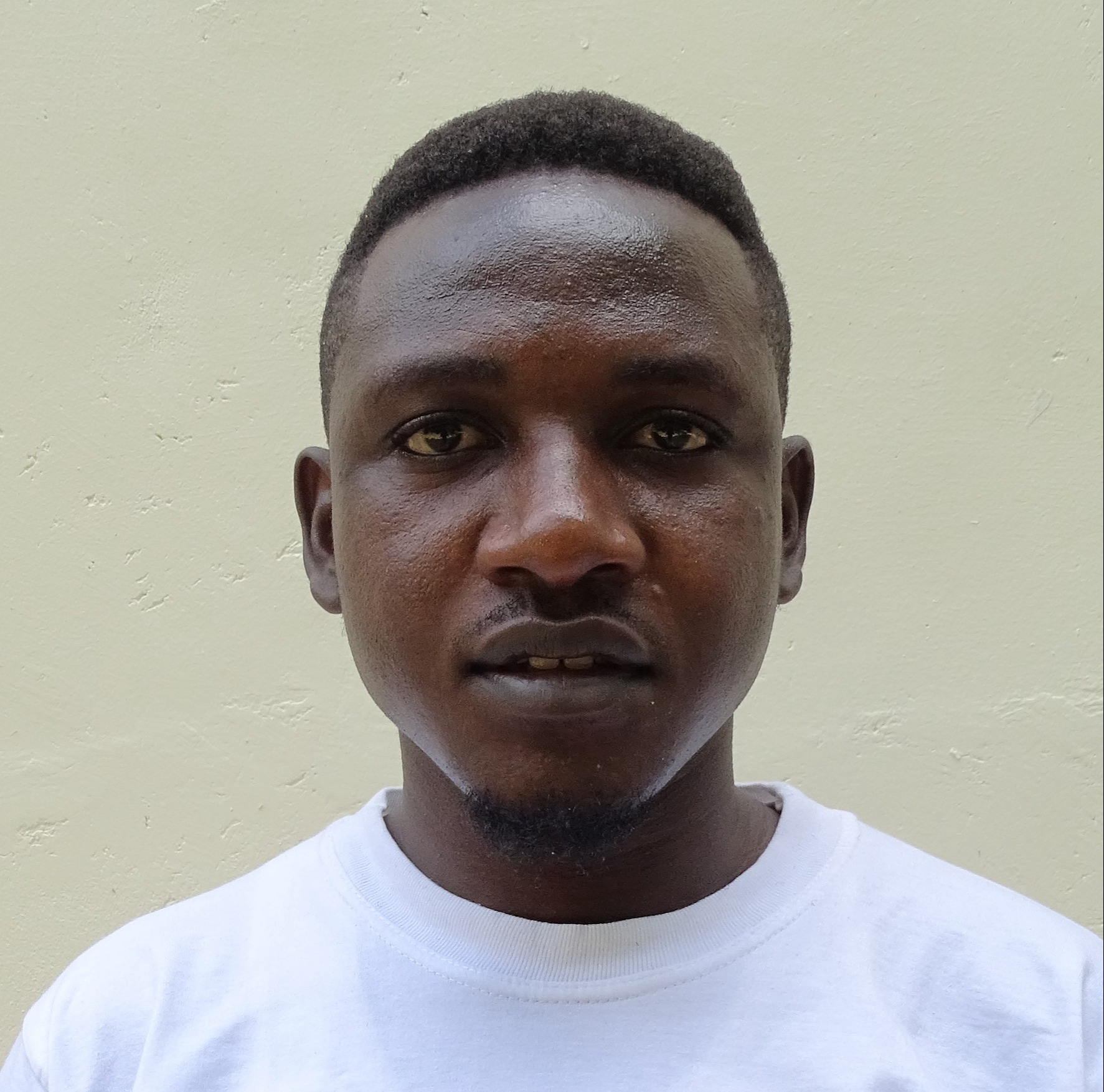 Anthony Were is currently working as a Project officer for Humanity & Inclusion in the inclusive education project. Anthony is a trained teacher with over 4 years’ experience and has worked in special schools dedicated to children with hearing impairments. He is currently working in the IE project as a project officer supporting teachers and learners in Inclusive schools in Kakuma and Kalobeyei.

Antony Were was born with hearing but lost his ability to hear at the age of 6, after hearing loss, he was taken to a special school for the Deaf where he studied his basic primary education and later proceeded to another special school for secondary education. He holds a diploma in Special and Inclusive Education from Maseno University and currently pursuing a Bachelor’s degree in Inclusive education. Antony has over 4 years’ experience in teaching in Special schools and is now supporting teachers in Inclusive Schools. Antony aspires to champion for inclusive education for all children with disabilities.